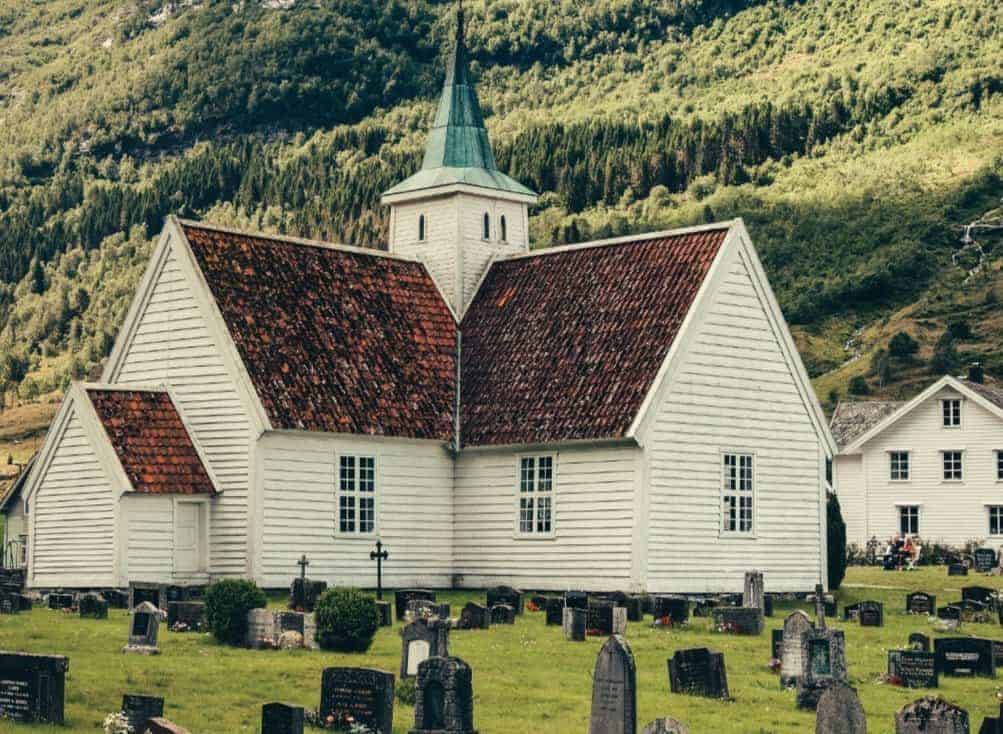 While paying attention to funeral and death rituals, I also noticed there is opposition to cemeteries I wasn’t aware of. Until more recently, I never contemplated any kind of burial other than the traditional casket laid in a cemetery plot with a headstone.

Cremation projected to be preferred in the future

There is a growing group of people migrating to cremation mainly to economize.

One trend, partly driven by cost, is that cremation is starting to be preferred over burial. Sloane said that while in 1960 only 4 percent of Americans who died were cremated, sometime in the last year the number of Americans being cremated surpassed the number of new burials. By 2030, forecasters believe the cremation rate will be 70 percent.

If you don’t buy a cemetery plot, embalm a body, purchase a casket and a headstone that is definitely a considerable savings.

Opposition to Cemeteries due to pollution

I had never considered how burying people filled with toxic embalming fluid placed in heavy metal or wood caskets are affecting the earth and the world as a whole. Here are some statistics to reflect on:

Traditional caskets are hundreds of pounds of wood, metal and whatever cushioning goes inside. Ronald Reagan’s casket — a big mahogany tank of a box — allegedly weighed 400 pounds. Burial vaults, the enclosures that barricade each casket from the elements, can be around 3,000 pounds of cement, sometimes steel. For embalming, it seems the golden rule is one gallon of fluid per 50 pounds of body. Add it all up and you’ve got around two tons of material per body — plus a few gallons of an occasionally hallucinogenic embalming juice — chilling in the earth forever.

“Traditional burial is selfish for the impact it has. I don’t think people really think about how their death affects the land or our world.”

I don’t regard myself an environmentalist but I can see there are a lot of people living that are going to die, and burying them all in cemetery plots would be problematic.

Opposition to cemeteries in the spirit world

A “life after death” account explains why cemeteries make the transition to the spirit world difficult.

From the fact that a mourner is spending time at the grave, indulging in melancholy thoughts of the soul who has passed on, and contemplating that a few feet of earth are now separating them and so, you will infer, in such a case, that the mourner has no acquaintance with spirit truths, or else he would never think that the departed one really lies there himself.

We in the spirit world know that a soul who gradually yields to such melancholy importunities of thought as are being sent out from the earth, knows very little of spirit truths. And being in such case, when a soul returns to the earth and stands in the presence of the mourner and tries to talk to and comfort the one who is left behind, he becomes acutely disturbed in mind when he discovers that his voice cannot be heard on the earth. His words are falling unheeded upon the air. The thoughts of sorrow and despair pass and re-pass in a constant stream until at last both persons become exhausted with the emotional strain. The mourner will eventually leave the graveside, the newly-arrived spirt will return whence he came and both are filled with inconsolable sadness.

And what is still worse, the episode will be repeated and repeated until we on our side can instill some reason into our distracted friend, and show him the futility of the proceedings.

For this reason, those in the spirit world, who are actively associated with newly-arrived people, would like to see the elimination of all attendance at burial grounds.

The opposition to cemeteries, economically, environmentally and from the spirit world’s perspective are some reasons to question the longtime tradition of cemeteries.

As I mentioned in a companion blog addressing clinging to uncomfortable death rituals titled, “Funeral Traditions”, my husband and I have made the decision to be cremated.