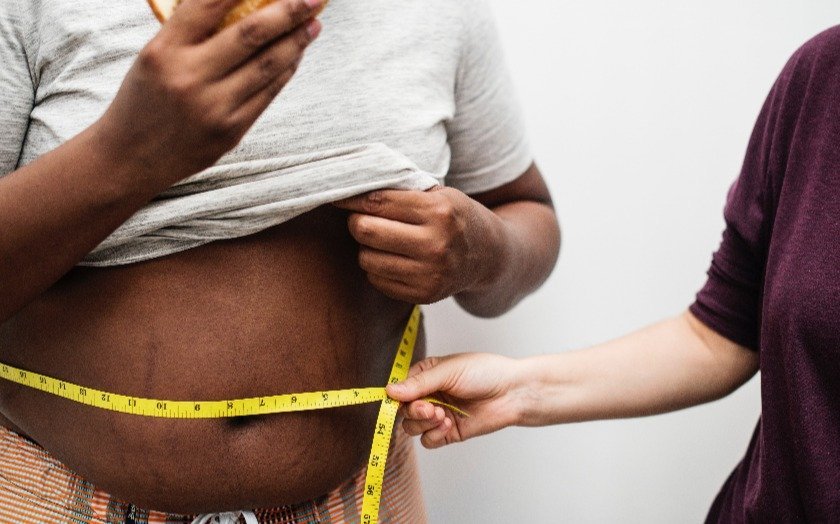 My son, Darrell, started taking the bipolar medicine, olanzapine, the generic of Zyprexa about three months ago.  Olanzapine does a wonderful job slowing down Darrell’s thoughts and reducing anxiety.  Additionally, his ability to connect with other people has improved.   On the other hand, have you heard of the “olanzapine weight gain”?

The downside of the olanzapine drug is the “olanzapine weight gain”.  Because olanzapine stimulates the appetite area of the brain, it causes many people to gain weight.

Darrell had a rapid “olanzapine weight gain”, gaining 35 pounds in two months.  Darrell is a former personal trainer and has never overeaten or been overweight before.  While he is pleased his incoherent thoughts have improved, it is deflating to gain 35 pounds.

Aripiprazole, the generic brand of Abilify was the new drug that Darrell’s psychiatrist decided to prescribe him.  He instructed him to take a 1/2 dose for three days to make the transition from olanzapine to aripiprazole easier. 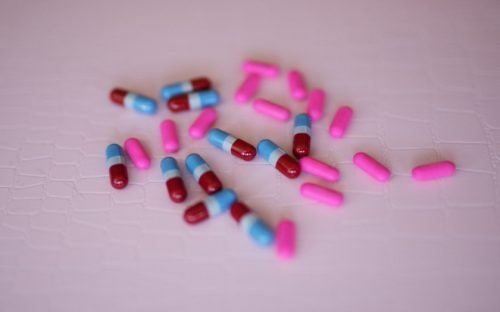 We immediately noticed after the medicine switch, Darrell was more anxious and irritable.  He also wasn’t sleeping well and felt like he had the flu.  He stayed on the aripiprazole for ten days with the hope his body would adjust, but he felt sicker and sicker each day he took another dose so the doctor decided to switch him back to olanzapine.   On a positive note, he lost 7 of the 35 pounds gained while off olanzapine.  See update below.

Darrell enjoys eating vegan style, but in an effort to curb his appetite, he is eating protein half of the day to help his body attain a keto state for a few hours a day.  It has only been a week since he made the switch back to olanzapine, but it appears adding protein to his diet is helping curb his appetite.  Mentally he feels much better on olanzapine.  (Keeping our fingers crossed he doesn’t gain weight again)

The psychiatrist said some people do great on aripiprazole or Abilify.  It just depends on the person.  The only way to find out what medicine works best for each individual is through trial and error.

Darrell had a dream that clearly showed he has internalized his “rapid weight gain” concerns.

Darrell dreamed his brother, my husband, Darrell and I were together driving somewhere in a car.  Darrell’s brother was driving while Darrell was enjoying the wind blowing against his face while standing up through the sunroof of the car when a policeman drove by.  Darrell knew he needed to sit down quickly but he couldn’t because he was so fat he was stuck in the opening of the sunroof window.  Darrell was devastatingly embarrassed he had become so fat he wasn’t able to sit back down in his car seat.  So sad!

I am grateful for the medicine, olanzapine, despite the weight gain it causes.  However, it is still difficult to watch my son deal with the deflating side effects of carrying extra pounds, but it beats not thinking straight.  The goal and hope continue to be for him to function normally again without drugs and their adverse side effects.

Darrell took olanzapine for another month but he gained 12 more pounds for a total weight gain of 47 pounds.  First, he tried to wean himself off olanzapine and actually did pretty good for five days but then began to feel very anxious and fearful.

His psychiatrist decided to prescribed him  5 mg. of Saphris morning and night, but Darrell was sleeping 18 hours a day so now he takes a reduced dosage of 5 mg. at night.  If he wakes up during the night, the doctor said it was fine to take another 5 mg. if needed to sleep at least 8 hours.   He has now been on Saphris for a month and has already lost 10 pounds so we are hopeful this is the correct medicine for him.